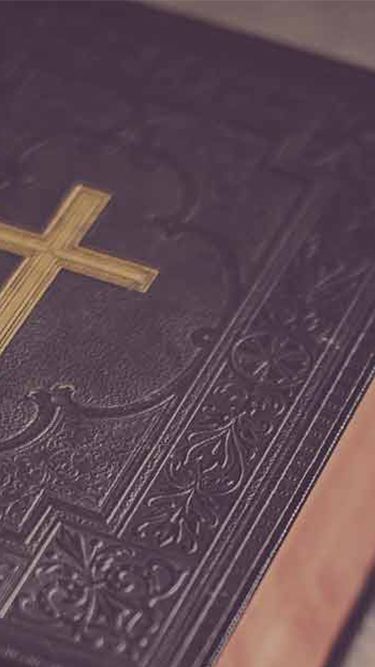 WHAT WE BELIEVE
WE ARE A CHRISTIAN, PROTESTANT, CONFESSIONALLY REFORMED CHURCH.


We are a Christian, Protestant, confessionally Reformed church.

We are a ​Christian​ church. We believe that the ecumenical creeds of the early church, which include the ​Apostles’ Creed​, the ​Nicene Creed, and the ​Athanasian Creed​, faithfully articulate what Scripture teaches regarding the Trinity and the person of Jesus Christ. Therefore, our theology is, first and foremost, Christian theology.

We are a ​Protestant​ Church. In the sixteenth century, an Augustinian monk named Martin Luther protested against abuses, corruptions, and errors that were present in the theology, piety, and practice of the Roman church. Luther’s protests began the Protestant Reformation. The rallying cry of this movement is oftentimes summarized in the five ​sola​ (Latin for “alone”) statements. These reformational statements can be articulated as follows: salvation is by ​faith alone​, ​grace alone​, and ​Christ alone​; ​scripture alone​ is the highest authority in the church; lastly, we, as God’s redeemed people, seek to live to the ​glory of God alone​.

We are a confessionally ​Reformed​ church. You may ask, “What kind of Protestant are you?” This is a common question in today’s world. The sixteenth-century Protestant Reformation quickly split into two main streams: the Lutheran and the Reformed. We trace our roots back to the Reformed branch of the sixteenth-century Protestant Reformation. This understanding of what scripture teaches is represented in the Reformed confessions which include the ​Belgic Confession (BC)​, ​the Heidelberg Catechism (HC)​, ​Canons of Dort (CD)​, and the Westminster Standards (WS). As a member of the United Reformed Churches of North America (URCNA), we hold to the first three of these confessions, which are also referred to as the Three Forms of Unity.

We are a ​confessionally ​Reformed church. What this means is that the above-stated creeds and confessions are our "statements of faith." That is, we intentionally confess and submit ourselves to these documents. The oft-quoted statement, “No creed but Christ; no book but the Bible” not only is impossible to live by but also is not biblical. Did you know that everyone has a creed; that is, everyone has an interpretation of what the Bible means? The next time you ask someone what he or she believes, he or she will undoubtedly offer an interpretation of scripture, rather than quoting the Bible from Gen. 1 to Rev. 22. The Bible itself recognizes this reality as the church is presented as a community that confesses her faith (Deut. 6:4; Js. 2:19; Matt. 10:32-33; Rom. 10:9-10; 1 Tim. 3:16). It would seem wise then for twenty-first century churches, as they seek to confess their faith, to utilize not only the theological insights of the contemporary church but also the insights of the church throughout the ages. Moreover, our creeds and confessions are not only biblical but also useful for the church in many ways. For instance, they promote unity among churches (Eph. 4:1-6), protect “the faith that was once for all delivered to the saints” (Jude 3; cf. 2 Tim 1:13-14), limit the authority of the church’s officers to help ensure that the consciences of God’s people are not bound by extra-biblical mandates, and are a helpful discipleship tool as they distill the most important doctrines of the Bible. Therefore, we believe and confess that the ancient Christian creeds and Reformed confessions offer the best explanation of the truth of God’s Word.

We are a ​church​. Another commonly asked question is, “Why are there so many different flavors of churches today?” There is much confusion today over what the church is meant to be. For example, is the church a place where you go to be entertained, to listen to good musicians, or to hear an inspirational, self-help message? If we go to the pages of scripture, we learn that the word “church” in the original language of the New Testament literally means “the called-out ones.” Therefore, we believe that the church is a unique institution that exists to call pilgrims out of this world each Lord’s Day to get a foretaste of their future heavenly homeland as they are comforted by the gospel, instructed by the law, and assured in the sacraments.